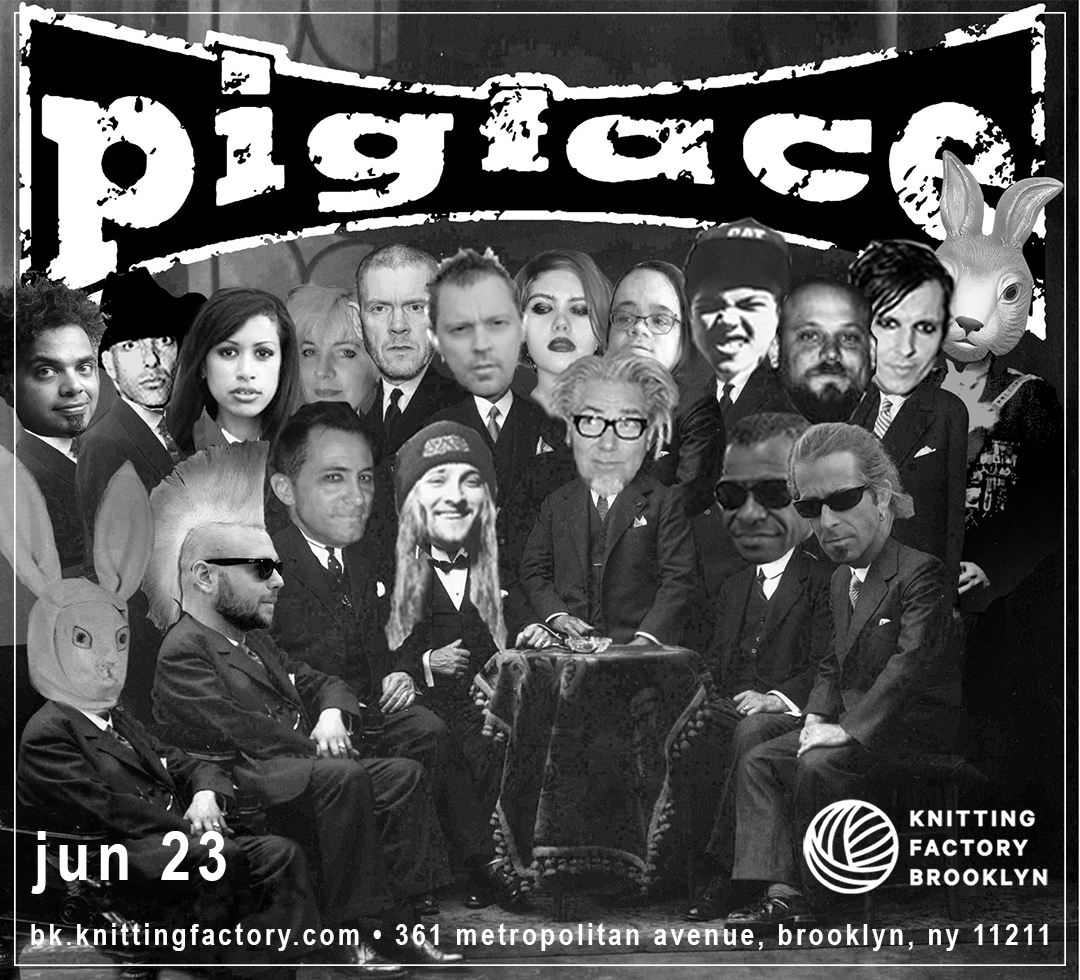 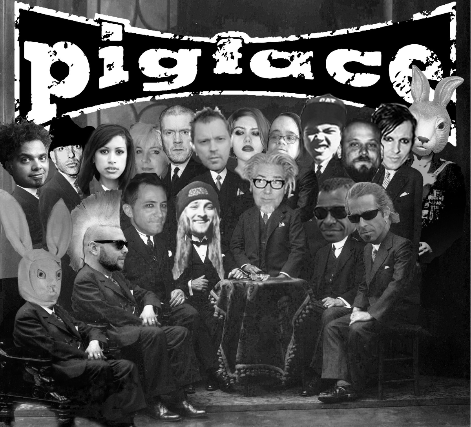 Pigface is an industrial rock group formed by Martin Atkins and William Rieflin just one day after Ministry's The Mind Is A Terrible Thing To Taste tour, (which produced In Case You Didn't Feel Like Showing Up.)

“Hailed by some as "an aggressive new alternative-rock Frankenstein," Pigface grew to become a fierce juggernaut with a malleable line-up that could be as limited as the individual members personal phone books, or as packed with possibilities as the Yellow Pages. Egos were willingly surrendered for the greater good: the onstage fire-eater at a Pittsburgh show was just as important as the participation of then-fledgling Nine Inch Nails frontman Trent Reznor. Fans going to the shows expecting a rote regurgitation of the stuff found on the debut 1991 Pigface document, Gub, were left screaming and shaking their sweaty bodies in wild abandon, or scratching their heads down to skull-surface trying to make sense of it all. Pigface has become much more than the convenient, yet dubious tag of "supergroup."
READ MORE +