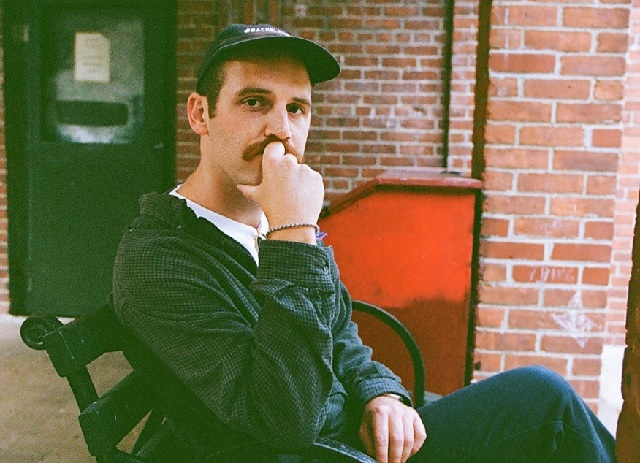 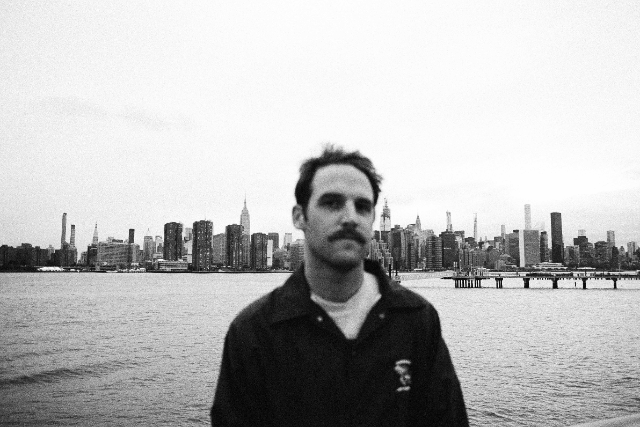 BIO // - Jack Symes - Tompkins Park - Released 3.26.21 - ffm.to/tompkinspark (ffo: James Blake, Amen Dunes, Kevin Morby, Buck Meek, Rayland Baxter, Michael Nau) With the exception of the occasional middle school talent show, Jack Symes preferred to keep his guitar playing to his Pasadena bedroom, and his songwriting even more locked up. Self-taught on the now extinct about.com, Symes recounts learning the basic open chord shapes needed to play songs like Simon and Garfunkel’s “59th Street Bridge Song”, The Shins’ “New Slang” and other songs that helped shape his folk-inspired sound. It wasn’t until the near-end of his time at UC Berkeley that he started consistently sharing his own music in public. His junior year of college, he took his spring semester off to travel and work his way through South America, starting in Buenos Aires where his boss suggested he check out the local open mic, “Folk You Monday”. With some encouragement, Symes found himself playing his first ever solo sets every Monday night. Symes’s musical ambitions took on a life of their own when he got back to the States, booking shows across a constellation of Bay Area venues, eventually abandoning a post-grad euro trip to instead embark on what may be the most thorough West Coast tour in history, playing every town from San Diego to Seattle for a whopping 45 shows across 3 months. The songs from this period of his life came together on his excellent independently released debut, Songs for Moms, a record that tapped into classic sounds for a tell-all letter to his family, sharing pieces of his internal life he’d kept to himself. The album is dotted with characters, brought to life over muted acoustic guitars and the occasional flourish of a brass section, all illuminated by Symes voice, a powerful instrument with an endearing twang. The year of touring Songs For Moms was meant to culminate in his first headline show at the Great American Music Hall, a rite of passage for any Bay Area artist, but the shadow of a looming pandemic brought things to a grinding halt. Marooned back at his parents house in Los Angeles, and with nothing else to do, Symes and his band began to dig through a collection of new songs he’d been working on, which eventually took the shape of an album rooted in self-discovery and reflection. On his sprawling new record, Tompkins Park, Jack Symes makes his case as one of folk music’s most compelling new artists. Born during a road trip out to his new home in Brooklyn and his unmoored first months there, the 12-songs confront the question, “Are you on your own or are you all alone?”. It’s less tethered to Earth than his previous excursions, instead drifting skyward, buoyed by wide-reaching arrangements and dense washes of reverb that curl off his voice like thick plumes of smoke. Where his last album felt at home in intimate cafes and late night house shows, Tompkins Park begs to be performed on a stage like the Great American, the massive horn section on “Baby, My Baby” echoing off the venue's hundred year old walls. It would be the perfect setting for a song that looks back on his days in San Francisco, realizing he may no longer be in love with the city that once held his heart. “I Need To Be Alone” was written while living under quarantine, sitting on the roof of his parents house, taking stock and sitting with uncertainty, the propulsive drum machine and swirling guitars invoking an Amen Dunes-esque euphoric reverie. The diaristic title track “Tompkins Park” chronicles his first weeks in New York, his days spent at a park of the same name, writing lyrics on napkins and wandering aimlessly. On the dark slow burn “Wait”, Symes mines the wisdom of an Alan Watts book he’d been flipping through, recognizing that controlling love extinguishes it’s flame, singing “when she’s still, she’s running water no more”. The sequencing on Tompkins Park is masterful, pulling you in for hushed songs that feel like secrets, before erupting in triumphant revelations. “There’s more tension and release in story-telling than there is in just the description of feelings”, Symes explains, recalling an early passion for short stories, and remembering the songwriters from his dad’s music collection like Harry Chapin and Jim Croce. In many ways storytelling can operate as a self-defense mechanism, hiding one’s own feelings behind a character, but on songs like “Overwhelming”, Symes pulls back the curtain and gets vulnerable about new love. Inspired by uncertainty and crystallized in isolation, Jack Symes sophomore album is a testament to spending time with yourself and making peace with the parts of you that have been neglected. Written while uprooting his life, and recorded in the blurry ebb of life under a pandemic, the deeply personal songs are at once wholly universal.
READ MORE + 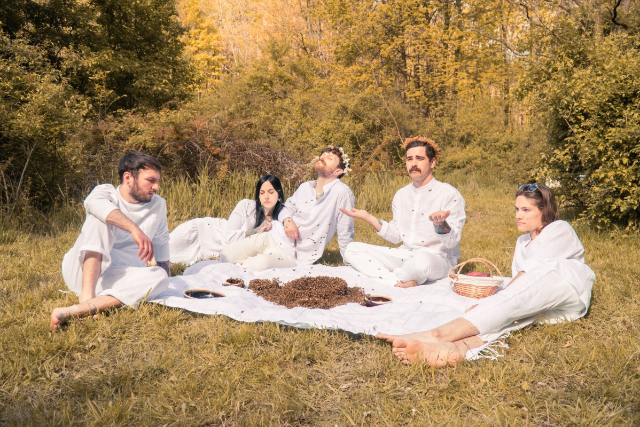