A Shadow of Jaguar 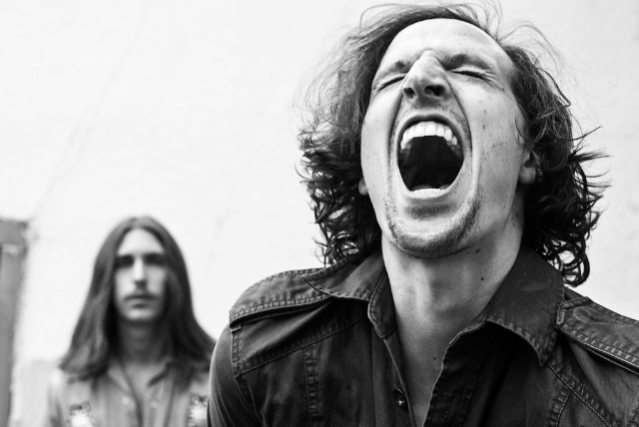 A Shadow of Jaguar is a gritty rock and roll band, and that’s really all you need to know. Listen to a song and then come back to read this. (Did you pick one? Which one? Say it out loud. Prove yourself!) Okay, now:

Brian Hubbert and Andrew Oakley got together in early 2015 in Boulder, CO to make the kind of music they weren’t hearing on the local scene. Within weeks, the pair had begun writing and recording original material while honing their sound playing shows throughout the country. A Shadow of Jaguar released their first single, “Mama Needs the Bottle”, in late 2015, and all the while they have been cultivating their debut album Raw.

The duo is fronted by Brian Hubbert who’s homemade slide guitar fills their sound with a monstrous tone that can only be described like that scene in Space Jam, where the Monstars get their powers and grow 40 feet. Drummer Andrew Oakley provides the backbone for the duo. His high energy, thunderous drumming gives the band a heavy rock edge and a deep groove. Also akin to Space Jam. Their sets are almost entirely original songs; but the natural dynamic of the two piece leads to improvisation that involves the crowd, making every show unique. A Shadow of Jaguar is gaining a reputation as an energetic live band, that no longer leaves tears out there; just blood and sweat. Together, the chemistry between Hubbert and Oakley is undeniably similar to the dynamic duo of Michael Jordan and Bugs Bunny in Space Jam.